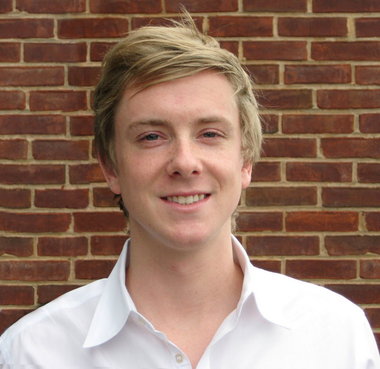 Chris Hughes bought The New Republic in 2012. via

It didn’t take Chris Hughes very long to destroy The New Republic—or, to employ Mark Steyn’s more accurate designation, “the emaciated husk of what was once The New Republic.” The fellow who had the good fortune to be Mark Zuckerberg’s roommate at Harvard, and managed to turn propinquity into an estimated $700 million when Facebook took off, bought the ailing magazine in 2012. He told a credulous press that he made the purchase because he was interested in “the future of high-quality long-form journalism.” Right. What he was really interested in, as any of the very few people who have bothered to look at the magazine these past couple of years knows, was publishing valentines to the Obama administration—that, and helping here and there to smooth the road for his husband Sean Eldridge’s run for Congress in New York’s 19th congressional district. The Canadian-born Eldridge, who is said to have U.S. presidential aspirations, ladled out cash in the district and outspent his opponent three to one. He was nevertheless crushed, losing the race by about thirty points. We’re told that he is now looking around for another seat somewhere that he can buy.

The Daily Beast, in a blistering article about Hughes and Eldridge, called them “America’s worst gay power couple.” “Entitled brats” was one of the less unkind descriptions. Indeed. The New Republic celebrated its one hundredth anniversary last year. The magazine of Herbert Croly and Walter Lippmann has had its ups and downs over the years, but it took Chris Hughes to transform it into a joke. He spent a reported $150,000 on an anniversary celebration at which President Bill Clinton presided and Supreme Court Justice Ruth Bader Ginsburg rose to toast the magazine. Shortly thereafter, Hughes brought in a former Yahoo executive as CEO (an appropriate name, “Yahoo,” we thought), who announced that the magazine would be reborn as a “vertically integrated digital media company,” whatever that is. News also came that the magazine would be moving to New York and would publish ten instead of twenty issues a year (maybe that’s what “vertically integrated” means). Hughes then announced that a former Gawker executive would replace Franklin Foer as editor, something that Foer apparently discovered from a news item online.

What followed was the talk of the town. On December 4, Foer resigned. So did the longtime literary editor Leon Wieseltier, one of the magazine’s chief intellectual architects for decades. Almost the entire editorial staff, including the magazine’s contributing editors, followed suit. Hughes had to scrap the next scheduled issue because there were not enough hands to edit and assemble the copy. Just about anyone who ever had anything to do with the magazine publicly disowned it. A final indignity—well, possibly not “final,” but at least a succeeding indignity—was that Justice Ginsburg cancelled her subscription. Mene, Mene, Tekel, Upharsin, Mr. Hughes.

All this has been reported and re-reported ad nauseam over the past couple of weeks. The preening of some former editors and contributors has been the opposite of edifying. If we now join the fray, it is primarily to issue a dissent to the tart and seemingly interminable piece in TheNew Yorker by the former TNR writer Ryan Lizza. In the course of his anatomy of Hughes, Lizza had this to say about Martin Peretz, the owner and editorial cynosure of The New Republic from 1974 to 2007. “Peretz had been known for discovering talented young writers,” Lizza allows, “but his history of failing to hire many women or African-Americans and his increasingly disdainful writings on race and the Middle East marred his legacy and was, for his former colleagues, a recent and painful memory.” We can’t speak to their memories, but ours is that Mr. Peretz presided over an intellectually and politically engaged magazine that, though liberal, was the opposite of disdainful when it came to America or the one real beacon of democracy in the Middle East: Israel. He was politically mature when it came to America’s responsibilities on the world stage. There was plenty we found to disagree with in The New Republic when Mr. Peretz was at the helm. Doubtless he found much to disagree with in our pages as well. But at least he ran a pro-Western magazine intended for adults, not the fawning, epicene “hope ’n’ change” mess that Chris Hughes created and then destroyed.