The White Room at the Academy Mansion/ Credit: Elizabeth Lippman

We have all peered with wonder at some of those photos from the early part of the last century depicting interiors of grand European and American residences belonging to the likes of Rothschild, Spitzer, Kress, and their fellow nabobs. There is polished marble, rich dark paneling, and feeble light filtering through sumptuous silks . . . but what really attracts the attention is the profusion of precious works of art scattered everywhere: in vitrines lining the walls, on great center tables, in discreet niches here and there. We notice the glint of gold, twinkle of precious stone, shimmer of ivory, and, of course—on the walls—the brilliant hues of tapestries and painted surfaces catch our eye. Where, we wonder, are all these treasures now? In museums, surely, where one can only admire and lust from afar, never to fully possess.

Until the end of October, New Yorkers—and many who will travel expressly from afar—will have an opportunity not only to reenter the fabled world of the grand nineteenth and early twentieth century acquisitors, but to relive the experience of acquiring rare art from the past, in some cases the very pieces that may have appeared in those old photographs. 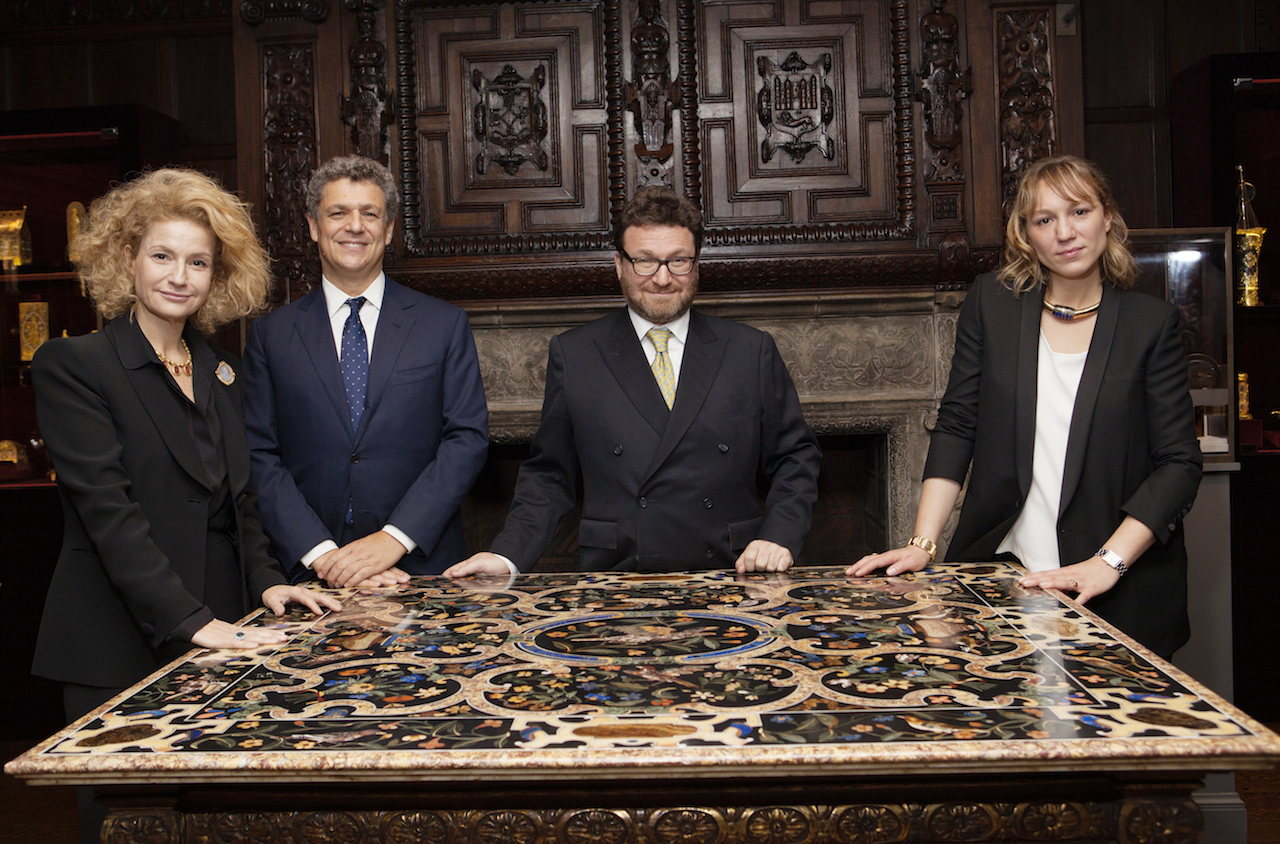 In an unprecedented, and possibly unrepeatable, event, three of the world’s most distinguished dealers have joined forces to bring to New York the choicest items of their collections. Their names are synonymous with the highest quality in their respective fields of expertise: the Roman house of Di Castro, (principally for eighteenth century drawings, paintings and works of art); Kugel of Paris (for sculpture, works of art and objets de vertu); and Brimo de Laroussilhe of Paris (for mediaeval sculpture, paintings and works of art). Each firm has been well known and family-run for decades. Brimo, possibly the oldest of the three, is now in the hands of two generations of the Carlier family of Brussels but continues in its traditional specialty.

The remarkable exhibition is arranged in the magnificent 1920 mansion built for William Ziegler Jr. in the Italian Renaissance style and boasting a façade of seventy-five feet, exceedingly rare in New York for a private residence. The interior reflects the classical grandeur of the exterior design, with the spacious reception rooms arranged on two levels around a central courtyard. 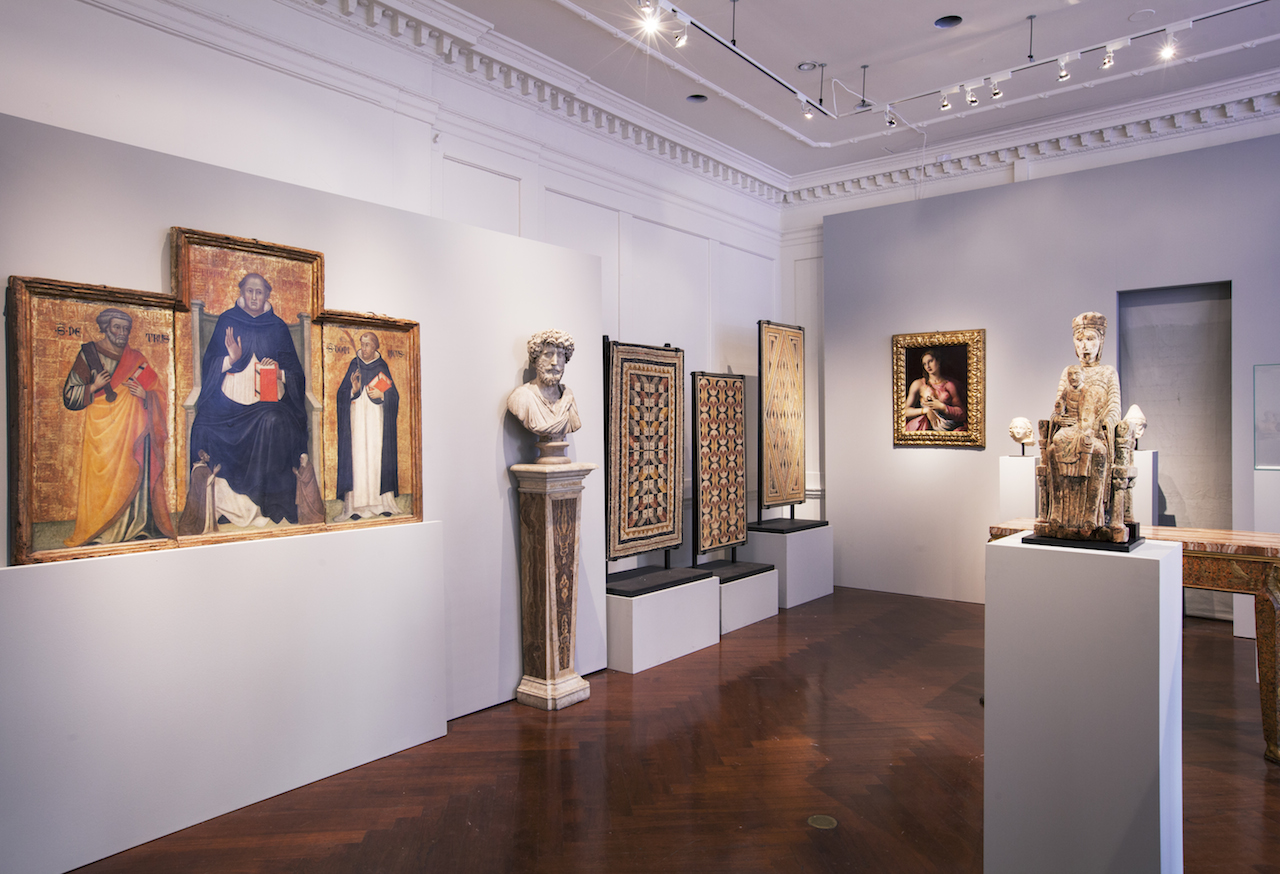 The White Room at the Academy Mansion/ Credit: Elizabeth Lippman

It is almost impossible to enumerate the show’s highlights, exhibited in a way so as to blend harmoniously together with only minimal chronological and typological groupings. This allows the visitor to be stimulated, surprised, and delighted, by turn, as one treasure after another comes into view. The labeling is simple to the point of being minimal, without the pertinent gallery being indicated. What counts, according to the exhibitors, is the sheer aesthetic and undisturbed pleasure of contemplation—they stand ready to provide reams of art-historical and provenance information should one be curious.

Does an exquisite gold-mounted, rock-crystal cup catch your eye? After admiring this miracle of workmanship it might be interesting to learn that it was made for Madame du Barry, the last Mâitresse en Titre of Louis XV of France. And what about that magnificent center table with the lavish pietre dure top? You should not be surprised to learn that it was produced in the Florentine Medici workshops for Cardinal Barberini (as in, Pope Urban VIII) in the 1620s. One should not be surprised that it may be the only extant example of such Baroque palace furniture that still retains its original base, replete with the bee-encrusted family crest. 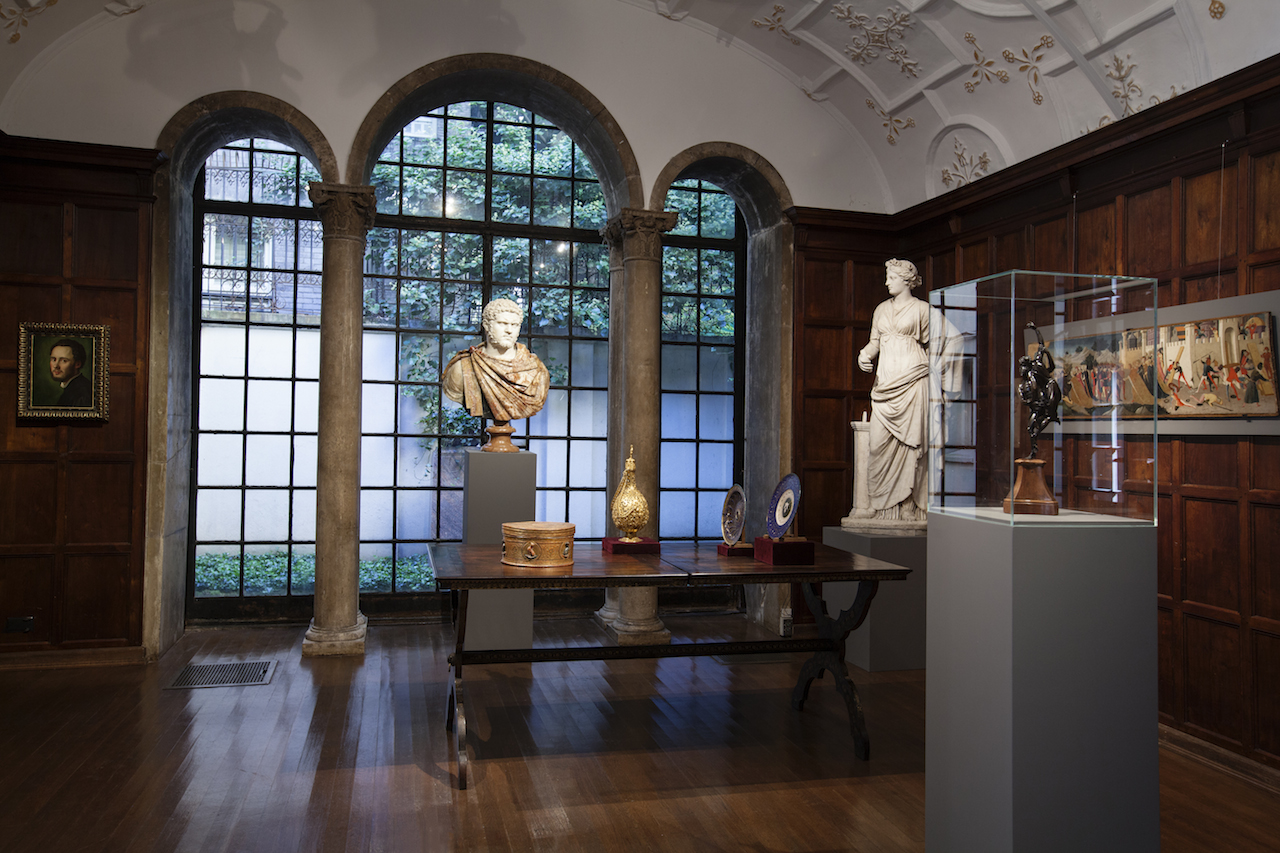 The Renaissance Room at the Academy Mansion/ Credit: Elizabeth Lippman

The handful of paintings exhibited won’t be upstaged by the precious artifacts arrayed around them. The showstopper is undoubtedly a large, strategically placed tondo by none other than Botticelli surrounded by what must be its original frame. The work was one of the artist’s last and was never completely finished by him. Typical of the artist’s later style, the composition of this Annunciation is starkly angular and ‘expressionistic,’ something that must have appealed to its nineteenth-century owner, the Pre-Raphaelite painter Burne-Jones. It is due, in fact, to the critics and artists of this movement that Botticelli—whose fame had been wholly eclipsed during the later Renaissance—was “re-discovered.” 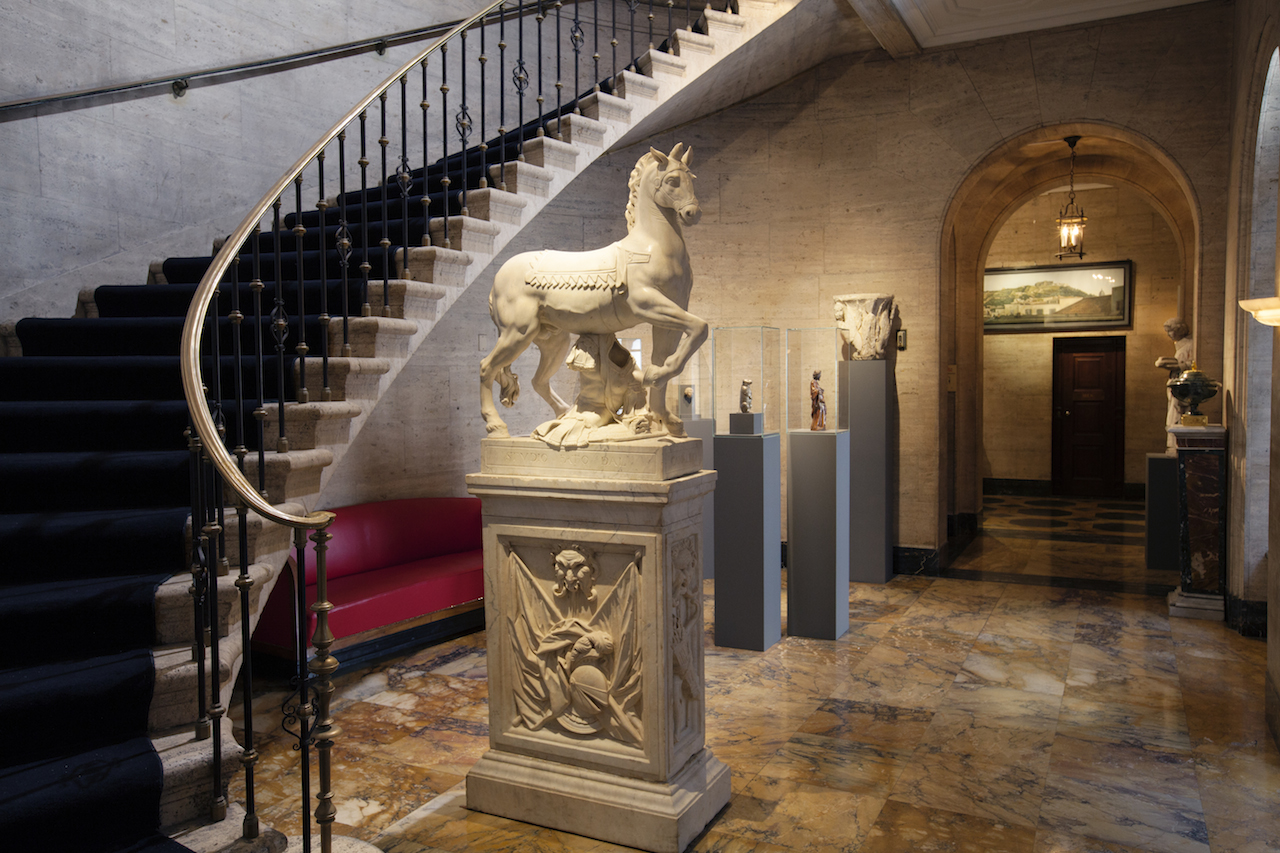 Should two entire floors of wonders not suffice, the visitor can progress to one further, higher, level. What awaits is truly stunning: an entire room covered with an incredibly rare and beautifully preserved seamless sequence of Brussels sixteenth century tapestries depicting a mythical hunt.

Marco Grassi is a private paintings conservator and dealer in New York.