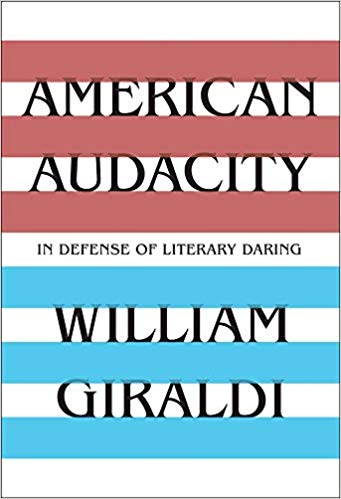 American Audacity: In Defense of Literary Daring, by William Giraldi (Liveright Publishing):William Giraldi is an accomplished writer, having published two novels and a memoir, all of which have been well received. But luckily for us, Giraldi has also devoted a significant portion of his career to literary criticism. Now, at the age of forty-four, Giraldi has published a collection of this criticism, American Audacity: In Defense of Literary Daring. Giraldi’s camaraderie with the great authors of the past is one of the book’s great strengths, one that has armed him to look upon the literary life and broader cultural world of today with clear eyes and a biting pen. In a review of James Franco’s film adaptation of Cormac McCarthy’s Child of God, for instance, Giraldi notes in an aside that the actor’s own poetry is “like listening to an oboe blown by an emphysemic” and his novel is no better: “every page [is] an insult to trees.” Low-hanging fruit, to be sure, but the sort of critical verve present in Giraldi’s writing is atypical amidst the mediocrity that suffocates book reviewing today. Giraldi’s love of true literature is palpable in his essays on Melville, Trilling, Poe, Hannah, and others, and with this love comes an insistence that literature must be a serious, high-minded endeavor. And speaking of literary daring, how’s this unorthodox statement of purpose from the collection’s introduction? “The critic should be tethered to no theory, no ideology, no asphyxiating ism. Like the poet and novelist, he should be of no party. Ideology is the enemy of art because ideology is the end of imagination. The critic’s chief loyalty is to the duet of beauty and wisdom, to the well made and the usefully wise, and to the ligatures between style and meaning.” —AS

“Red Grooms: Handiwork, 1955–2018,” at Marlborough Contemporary: “Red Grooms: Handiwork, 1955–2018,” an expansive hundred-work survey curated by Dan Nadel, now at Marlborough, opens with a laugh. A monitor by the entrance plays Grooms’s Shoot the Moon (1962), a delightful low-budget film shot by Rudy Burckhardt that pays homage to George Méliès’s 1902 landmark A Trip to the Moon. The film helps position Grooms’s paintings and sculptures—and painted sculptures—as backdrops in a lifelong Happening, one in which we play enchanted roles. Grooms has long taken the signage of the carnival midway as his point of departure. A reverence for American folk traditions runs through his work. Upstairs, the exhibition reveals the ultimate reason for his appeal: exquisite draftsman. Here in works on paper we can see Grooms’s great enthusiasm for city life and the many people who live it. Look for my full review in the forthcoming October 2018 issue of The New Criterion. —JP

“Keyboard Conversations with Jeffrey Siegel,” at Scandinavia House (September 27): For ten years, the pianist Jeffrey Siegel has entertained and edified his audiences with his Keyboard Conversations, which include a performance, a short lecture on the music, and a Q&A with the artist following the concert. This Thursday, Siegel will commemorate the seventy-fifth anniversary of Rachmaninoff’s death and the hundredth anniversary of Debussy’s with performances of the former’s barn-burning Prelude in C Sharp Minor, and the latter’s otherworldly Clair de Lune, the ever-popular children’s song Golliwog’s Cake Walk, and more. Siegel is an old hand at the Conversations, which he holds at various locations across the country throughout the year. The next in New York will be in January 2019. —HN 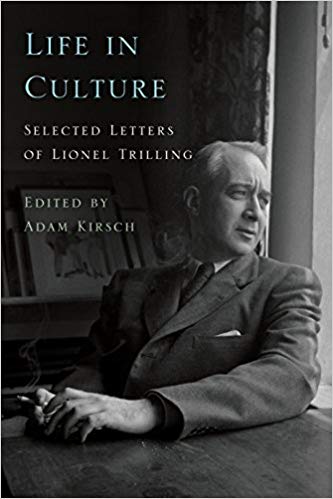 Life in Culture: Selected Letters of Lionel Trilling, edited by Adam Kirsch, book talk at Book Culture on 112th (September 25):Much credit is due to Wall Street Journal editor and New Criterion Poetry Prize–winner Adam Kirsch for helping keep the name Lionel Trilling alive in our cultural consciousness. Back in 2011, Kirsch published Why Trilling Matters, and tomorrow his edited volume Life in Culture: Selected Letters of Lionel Trilling will be released. The letters portray an important era in America’s cultural life, one that is startlingly different from our own, and also reveal Trilling’s relationships with the intellectuals—Norman Podhoretz, Jacques Barzun, Rebecca West, among many others—who starred in that period. Kirsch will be at Book Culture on 112th Street, between Broadway and Amsterdam, on Tuesday evening to discuss the new book.—RH

From the current issue: “The great woke way,” by Kyle Smith. On Carousel at the Imperial Theatre and My Fair Lady at the Vivian Beaumont Theater.

From the editors:“It’s the blood that gets you,” by James Panero (Spectator USA). On Delacroix in the flesh, at the Met.

Broadcast: James Panero on the legacy of J. Marion Sims.