City of Refuge: Separatists and Utopian Town Planning, by Michael J. Lewis (Princeton University Press): Divine inspiration is impossible to miss in Catholic Renaissance architecture, with church spires rising toward the heavens and proportions and ornaments that evoke celestial order. Although less apparent, dreams of otherworldly perfection were no less relevant to the architecture of the late-nineteenth century, as visionary architects planned every detail of communes and mill towns to accord with their idea of a perfect society. In his latest book City of Refuge (available for purchase on November 22), the frequent New Criterion contributor Michael J. Lewis’s profiles seven of these latter-day built Utopias from Frankfurt to Pennsylvania, describing the social and design trends that left America and Western Europe dotted with dozens of cities-on-a-hill. —MU

“Velázquez Portraits: Truth in Painting” at the Metropolitan Museum of Art (Through March 12): In 2015 Philippe de Montebello was named chairman of the board of New York’s Hispanic Society. Now, that jewelbox institution at 155th Street and Broadway has begun to sparkle as never before. “Velázquez Portraits: Truth in Painting,” a micro-exhibition on view in Gallery 610 at the Metropolitan Museum of Art through March 12, 2017, is the product of the latest felicitous arrangement under de Montebello’s aegis. “Velázquez Portraits” pairs the Met’s iconic holdings, including Juan de Pareja (1650), with loans that include two Society gems—Portrait of a Young Girl (ca. 1640) and Cardinal Camillo Astalli-Pamphili (ca. 1650–51)—newly restored by the Metropolitan’s conservation department. The cleaning has been revelatory, restoring life to these aged works and confirming Young Girl as among Velázquez’s most moving portraits. The exhibition should serve as reminder to visit the free museum of the Hispanic Society before it closes at the end of December for a multi-year renovation while its masterpieces return to Spain, many for the first time in generations, for a groundbreaking exhibition at the Prado in spring 2017. —JP

River Road: A Mississippiad, by Robert Bense (Belle Fontaine Editions): In the most iconic passage of A River Runs Through It, Norman MacLean describes how the stones of the Blackfoot River trap the words of men lost to time, which bubble up in whispers from the riverbed when he wades in to fish. Much of River Road, Robert Bense’s book of poems about life along the Mississippi, reads like a collection of the sort of lost memories that MacLean had in mind; the perspective of each poem varies from the next, as if they were the words of a dozen different river dwellers, merely fished out of the water by Bense. “a river furrowing the continent’s moist/ belly, clouds wet and low/ The past now disguised as undertow,” Bense writes in the conclusion of “The Burdened Ohio,” noting that the “past” is just as present as ever, only concealed by the flow of water and time. —MU

From the archive: “Stones cry out,” by George William Rutler: A review of The Genius of John Henry Newman by Ian Ker.

From the current issue: “The Marvelous Mrs. Oliphant,” by Marc M. Arkin: On the prolific career of the English novelist.

Broadcast: The art historian Michael J. Lewis discusses the evolution of museum architecture. From “The Future of Permanence in an Age of Ephemera,” a symposium on museums hosted by The New Criterion at the Consulate General of France on October 21, 2016. Presentations to be published in the December 2016 issue of The New Criterion. 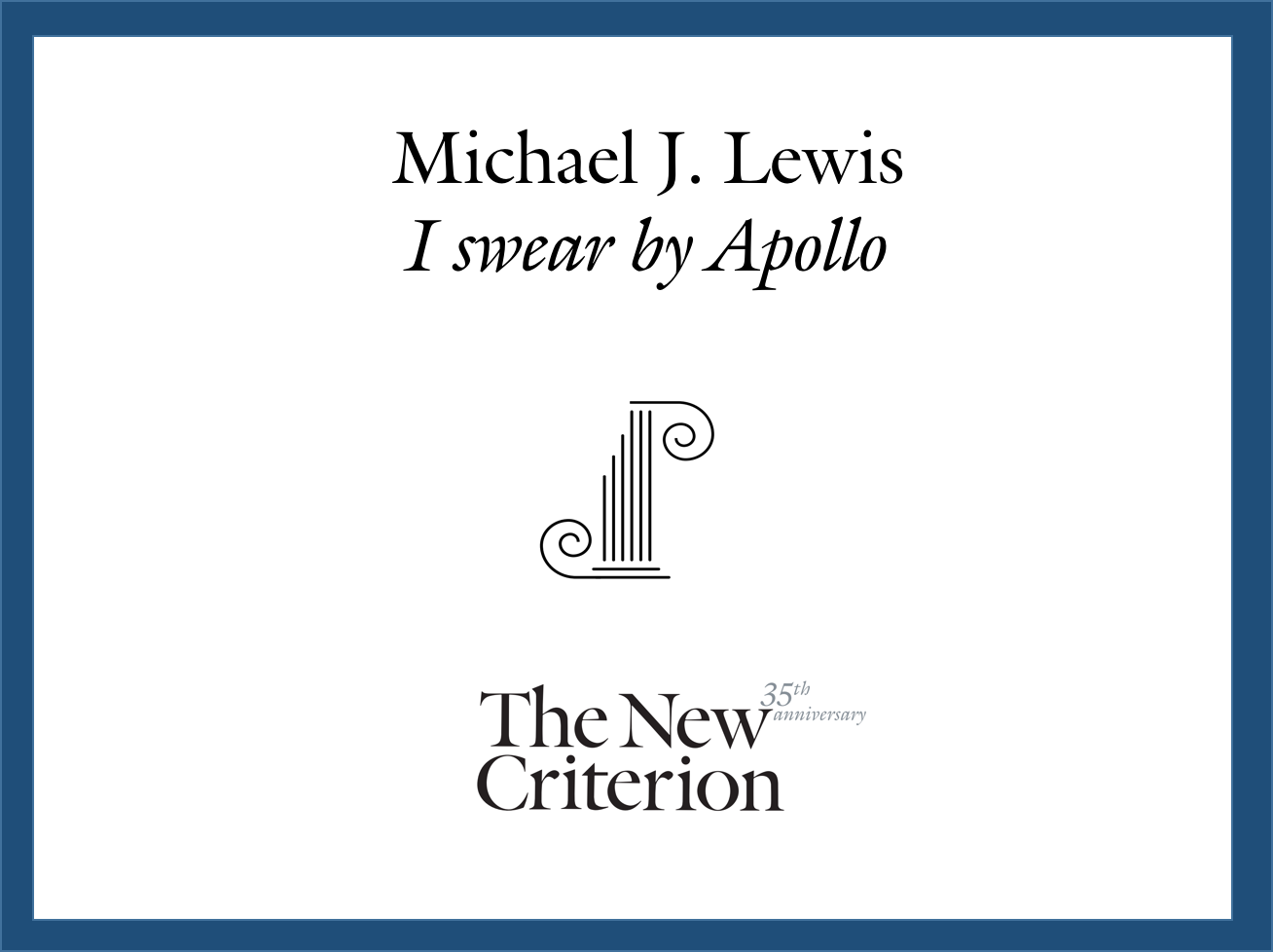